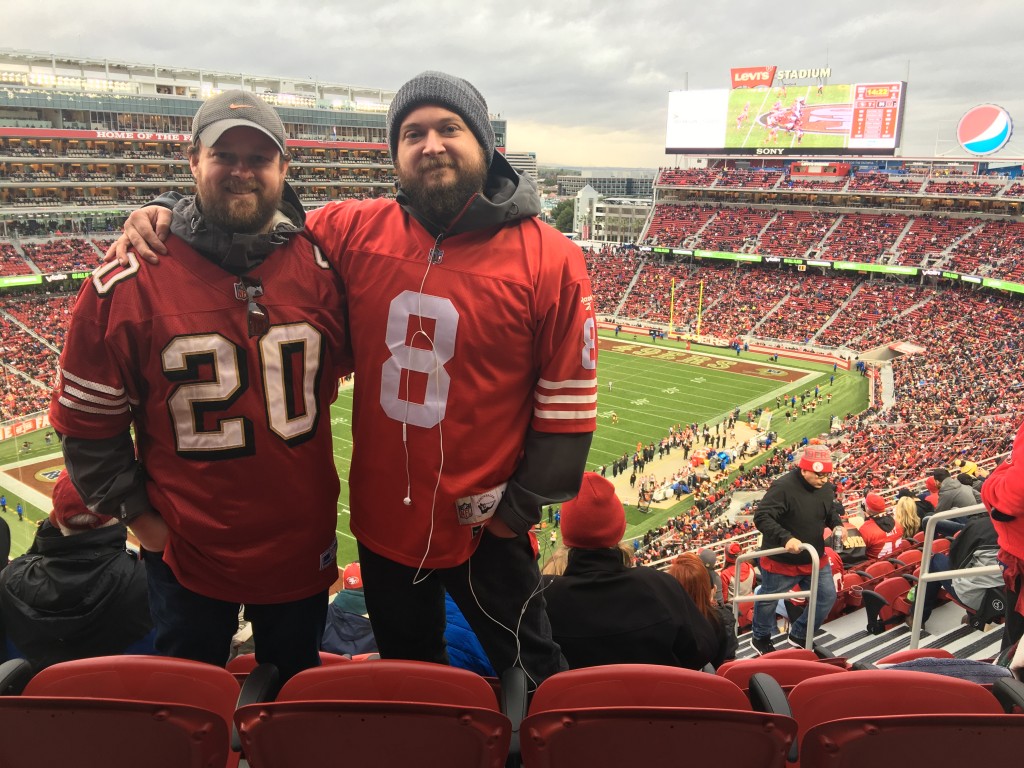 Jason and I have been brothers as long as I can remember. We’ve laughed, fought, cried, and lived our lives pretty closely with one another. And while it wasn’t always beer and skittles along the way, we came out on the other side as brothers … okay, that’s how we started too, but we’re really close friends now.

Anyway, along the way, during the not as bright times, we played a lot of video games (A LOT of video games). Some of our favorites along the way were Spy Vs. Spy and Elevator Action on the original Nintendo Entertainment System, then of course Street Fighter and Donkey Kong on SNES. Eventually we got our hands on an N64 and fell in love with Goldeneye and of course did our time with Tony Hawk on Playstation.

Playing video games was one of our few mutual interested back in the day. Jason was a smart kid who’s talents and passions were much more academically based than mine. (He liked to read. Who does that?) And my time was spent in our backyard playing basketball every single spare second I had from the moment I could dribble a ball through high school. So when we’d take breaks nerding out and hooping it up (respectively), Jason and I would settle in for some nice, long matches of NFL Quaterback Club ’98, and the like. It was how we bonded.

But even during the console love of the 90s, we were always playing PC games as well on our old Hewlett-Packard desktop in the family room. Being the little brother, I’d sit there and watch Jason slay baddies in Berlin in Wolfenstein and jump spike pits in Prince of Persia for hours on end.

But there was always a sector of games we’d play together, and those were the point-and-click adventure games of LucasArts.

We talked about it a little bit in the first episode of the podcast, but I’ll dive in a little deeper here. We grew up in the San Francisco Bay Area, where LucasFilm, ILM, and LucasArts all started. Founded by George himself, these three companies have helped shape and impact three separate industries.

LucasFilm is the movie production company, responsible for all of the Star Wars films, Indiana Jones, American Graffiti, Willow, Labyrinth, Howard the Duck, and many more influential films with cult followings. (Ok, maybe we should have left Howard the Duck off the list.)

ILM (Industrial Light & Magic) is the visual effects arm of LucasFilm, and even though it’s technically a subsidiary of LF, it’s been even more successful and remarkable. A leader in the industry of visual effects for 40 years now, it’s only real rivals showed up 15 years ago with the beautiful world of Lord of the Rings by Weta Workshop. Until then, ILM basically ran the show, and even today ILM is most often tasked with the largest budget action movies with thousands of CGI’d effects in them.

But LucasArts was different. It wasn’t about filmmaking, or huge budgets, but was focused on what it was: art. It was the video game development company side of the Lucas realm, and it was smart, creative, inventive, and all-around revolutionary in the gaming world.

And play them we did. A lot.

Another reason we have strong ties to this company and these games is that because we grew up so close to them–about a 10 minute drive from the LucasArts HQ on Lucas Valley Road (no relation)–we knew a few people who worked there. And because these were video games they were making, the people who worked there needed kids to test these games, to see if the puzzles weren’t impossible, to see if there were any bugs or glitches in them, and just to make sure the games were fun. 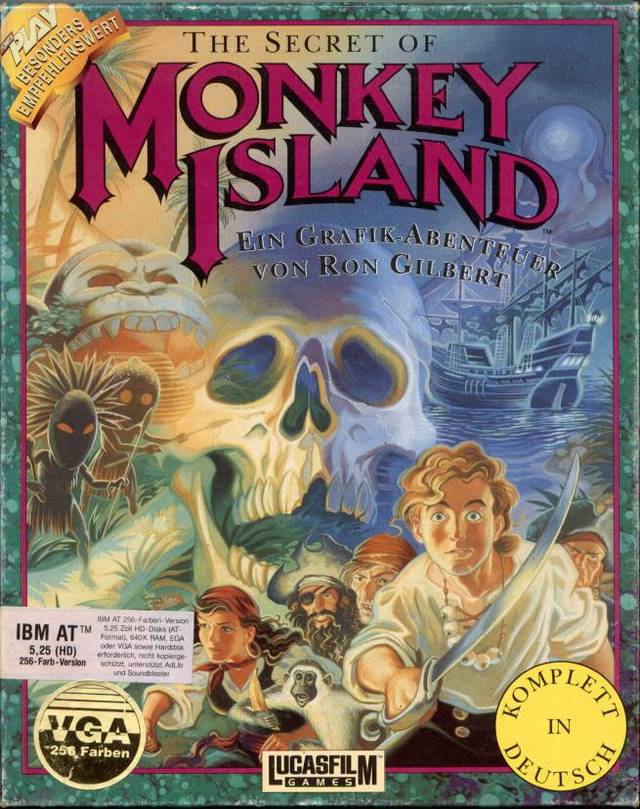 I was probably 6 years old when I tested these games, and the only one I remember was Zombies Ate My Neighbors. But Jason was (and still is) 4 years older than me, and he and his buddies went a bunch of times, so he has even more memories and stories of testing LucasArts games. But I’ll let him regale you with tales of those triumphant tests tomorrow (or some other time).

So we grew up playing these games, doing our best to solve these puzzles together, which was pretty unique to LucasArts games. And even though most of them were single-player games, we’d still sit there and try to play them and figure them out together. So instead of shooting each other with rocket launchers or punching each other with fiery hadoukens in our other multi-player console games, it was the LucasArts games that really brought us together, and taught that sometimes fighting isn’t the best method of brotherly bonding.

Fast forward many, many years down the line to 2015. Jason’s living in Texas and I’m living in California. We’d chat occasionally, but mostly about fantasy football or the latest Bay Area sporting snafu. But then we started chatting about our old pals, Guybrush, Sam, & Max, and we wondered aloud whatever happened to those little guys?

We decided to find some old PC emulators online, and dig up some of these games just to see how difficult they really were–because in our minds most of them were next to impossible. It didn’t take long for us to realize that if we were interested in these games still, then there might just be a few other people out there who are as well.

So we made a plan. We’d research the hell out of these games, play them a bunch, record our findings, and then broadcast them to the world. Our goal was: our show should be something we’d like to listen to. And after recording the first few, it’s lived up to that goal thus far.

Hopefully along the way, we’re able to provide entertainment for a few others out there. And even after just one episode, I’ve heard really positive things from friends who never even played LucasArts games. And while that’s a huge boost in confidence and really encouraging, it’d be really nice to make sure that all of those old gamers like us who really enjoyed these games 25 years ago could somehow find our podcast, to bring a little joy and nostalgia into their lives.

Because that’s certainly what it’s done for us.

Thanks George, David, Mary, Gary, Ron, Tim, and everybody else for inviting us to take part in these adventures with you.