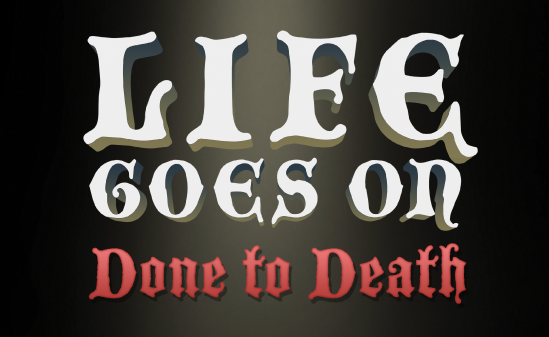 Life Goes On: Done to Death

While we focus on LucasArts games of the 90’s we are a video game site and occasionally get requests to review other games. I assure you, we’ll only do these if we feel the games will resonate with our audience. Also, don’t expect many negative reviews in these spaces. Life is too short to play bad games. If we don’t like a game, we typically just won’t review it.

The game in question isLife Goes On: Done to Death. Life Goes On began as a gimmicky indy game that was distributed on Steam in 2014. Since that initial distribution, the developers went back to the drawing board and enhanced everything they could about the game. Hence,Life Goes On: Done to Death, isn’t really an expansion pack or a sequel. It’s the game’s first real release. (sorry, felt like the subtitle needed a quick explanation)

Life Goes On: Done to Death is a puzzle platform game in which you control a series of knights, and use them to solve puzzles. The twist is that you use the corpses of the knights as key implements in solving the puzzles. For a better idea of exactly how this works, watch the trailer below:

Every level requires at least one death. For example, there are ubiquitous spike pits that a single knight cannot jump over. However, if the first knight gets impaled, the second knight can you him or her as a stepping stone. That gender ambiguity isn’t just me being weirdly PC. Each knight gets a name, and about half of them appear to be women. The names are fun and give the knights a sense of backstory: “Sister Roxie Wilson,” “Dave of Arbridge,” “Baronet Ergie of Warwick,” “The Elite Viscount Kurt, Beekeeper,” etc. Such personal touches make it even more painful (or funnier) when they meet their inevitable deaths. 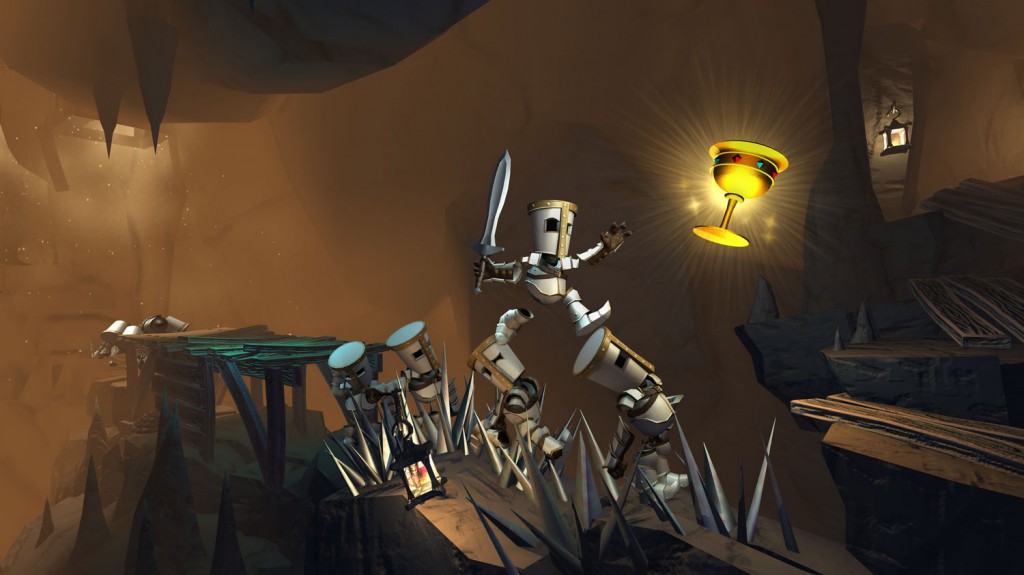 And oh do they die.

I personally topped out the death counter twice at 99. No idea how many I actually killed to use as ladders, circuit connectors, or just dead-weight for switches.

As you solve puzzles, you unlock new weapons and hats for your knights. These weapons and hats do absolutely nothing. Which is pretty funny in and of itself. But they come with clever descriptions that often nod at other games or movies (some great Half-life and Monty Python references). They also serve to add another layer of personality to the corpses you’ll leave littered across each level–some with santa hats and maces, others with horned helmets and crowbars. The end-game credits sequence alone is one for the more clever and entertaining I’ve ever seen.

The gameplay itself is likewise humorous and inventive. At least once per world (roughly 20 levels per world), I would laugh out loud after I figured out what I had to doto solve a puzzle. The game has a really nice difficulty balance. I constantly felt smart and only occasionally stupid.

The only downside is it’s a short game. I took about six hours, but I imagine many will be quicker. On the plus side, there’s a good bit of replay value in going for records and thereby unlocking new items.

Overall, Life Goes On: Done to Death is relentlessly humorous and inventive game. Every gamer harbors some bit of fear that they’re character will die at any moment. This game will cure you of that fear through systematic desensitization. Some of us stand on the shoulders of giants. Others stand on the shoulders of the corpses of our former lives.