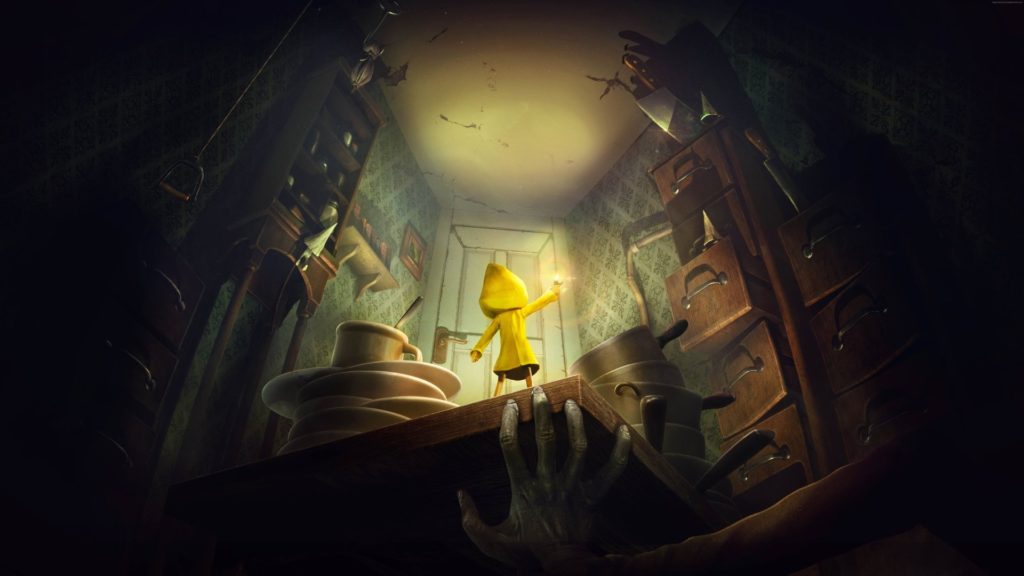 Happy Halloween!!! Hopefully you’re finding fun ways to celebrate the spookiest of holidays, full of plenty of candy and terrors–I know we are! We played the terrifying and surprisingly thoughtful and story-centric tale Little Nightmares, and we’re bringing it to you a week early so you can rightfully celebrate All Hallows’ Eve with our scariest episode ever. We were also honoured to have the other half of Corrigan’s Jack Of All Graves podcast, Mark Lewis, join us and equally excited for his pronunciation of the word “bears”. Get psyched!

After some goofs and some spoofs, we get into the development side of things (12:00) and eventually dive into a spoiler-full gameplay discussion (20:00). We play a lovely game Ben made up on the spot called “3 Questions” (45:30), and then get into a slimy, yet satisfying match of “What’s The Drink? What’s The Song” (62:30). Eventually we power up the ol’ Recommendation Station (70:45), and finish things off nicely with a little MOLMF In The News (86:45) and next months game! We did it!

And of course, if you enjoyed this episode, please rate and review it in iTunes or wherever else you’re listening to it or better yet go tell a nerdy friend who might just like it. Thanks for helping to spread the word!