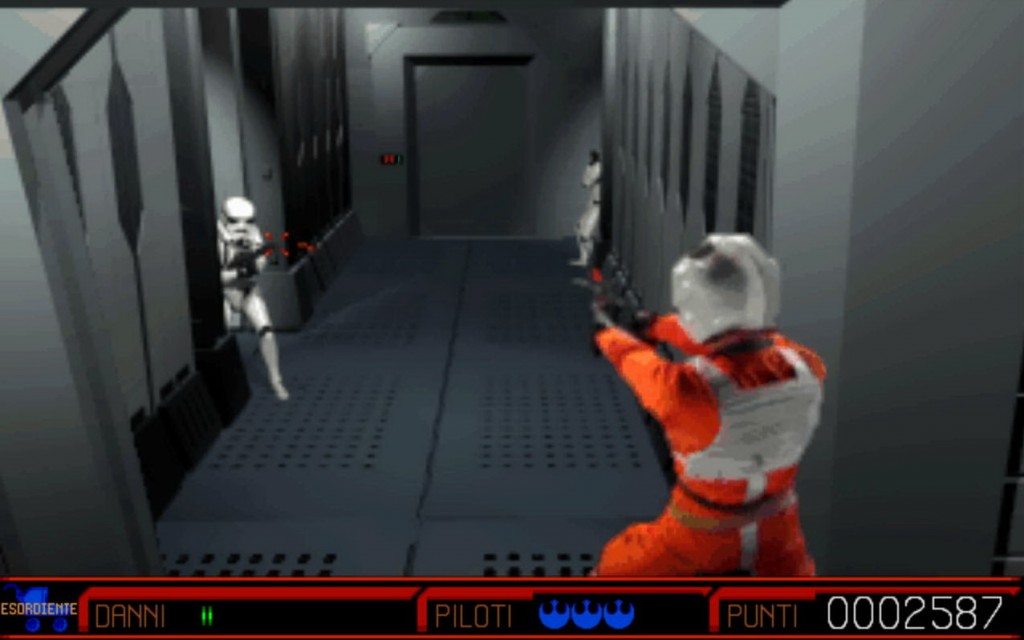 Up Next: Rebel Assault

I know what you’re thinking: Two non-SCUMM games in a row?!?! And I’m sorry. But there are a LOT of Star Wars games in the LucasArts universe (or…LucasArts games in the Star Wars universe…?). Anyway, we love those good old, point-and-click, SCUMM adventure games, but like we said in the podcast, if we played all of those games first, we’d have about a year’s worth of shows, and then we’d have like 2 years worth of Star Wars games to do….sooo….yeah.

So rather than clumping them up like that, we’re trying to diversify our games as much as possible. Our first Star Wars game? The classic or all classics, Rebel Assault

If you’ve never played this one, prepare yourself for greatness…and some frustration. Okay fine, lots and lots of frustration. If you have a joystick, or a PS3 controller (that’s what I used), you’ll probably want to use that instead of a keyboard/mouse. (If you play for an hour and don’t get out of the training section of the game, I not only apologize on behalf of LucasArts and their masochistic tendencies, but also suggest you go find a few cheat codes to make your gameplay a little more enjoyable.

Also, you can download the game on GOG.com, and it comes with the sequel, Rebel Assault 2, as well. In fact, the second game is a little less frustrating, so much so that we’re going to play both and cover both in next month’s episode.

Next month we’ll also have another special guest who’ll join us to chat all things Star Wars and Rebel Assault. Should be fun.

Oh yeah, keep in mind that the ending of RA2 is a liiiiittle different (very little) when you beat it on expert mode, compared to the other modes. Keep that in mind.

I think that’s it for now. Go and play these games and I hope you have a great time. We’ll be covering them Star Wars Day 2016, May the 4th….be with you.