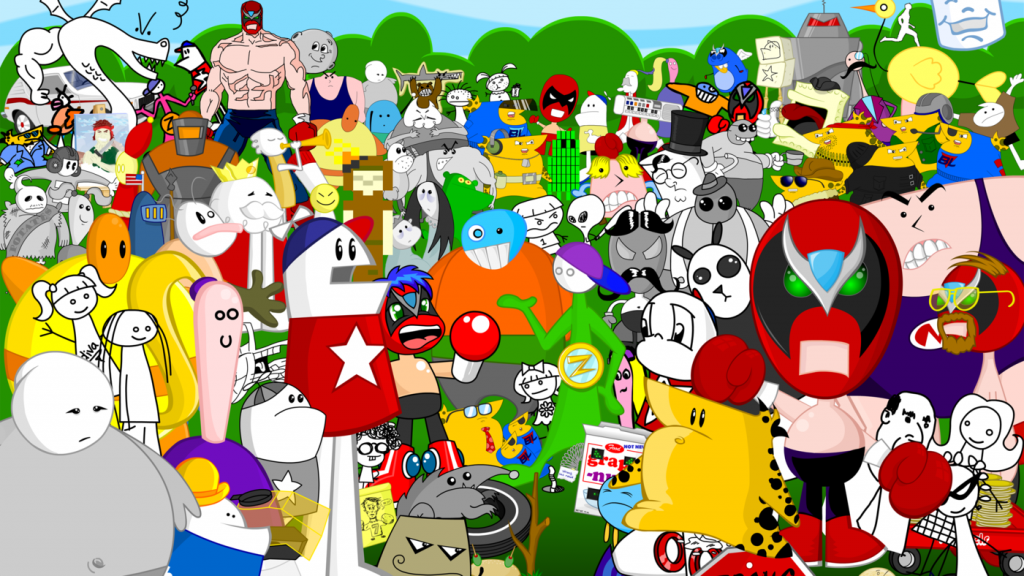 No self-respecting website centered around 90’s art, animation, and video games would be complete without covering the cultural revolution that was (is?) Homestar Runner.

It was the fall of 2002 and my family was in in Phoenix, Arizona for Thanksgiving visiting family we only saw once a year. Jason and I (this is Ben here) were stuck sharing an air mattress in the office our our maternal grandmother’s home for 4 days. As a 17 and 21 year old, we weren’t super into sharing space. The only way we got through that weekend was through the magical adventures of: http://homestarrunner.com/

That weekend we spent hours and HOURS on that site. We watched every cartoon, email, joke, and animation, and even spent a good chunk of time on Napster downloaded HR quotes and songs, and burning them onto the new invention: CDs. (Okay, they weren’t new in 2002, but having a CD burner in your home was, and it was super exciting!)

From that day, Homestar, Strongbad, and The Cheat have all held special places in our hearts. And while the site closed a few years ago, they started updating the site again in 2014, and still release a few new emails/cartoons a year now.

So do your adolescence a favor and head over to Homestar Runner and reminisce a little. I spent some time there this week and it was just plain great. Still hilarious.

Okay, that’s it for now…back to Rebel Assault!!!